Picture of the Month - March 2021 - The Rosette Nebula 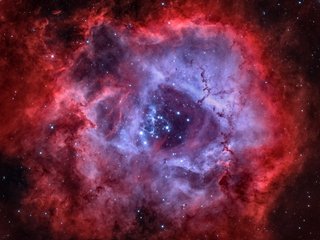 A molecular cloud in the Monoceros constellation

The Rosette Nebula is a vast ionised molecular cloud in the Monoceros constellation at a distance of 5200 light years from Earth. The so-called circular HII region has been formed by the massive members of a young star cluster for 3 million years. This cluster is called NGC 2244, and in the south-western regions of the Rosette molecular cloud (which has the weight of about 130 thousand times of the Sun) it ionises and shapes its surroundings with ultraviolet radiation and enormous stellar winds.That’s how it creates one of the most exciting phenomena of the winter sky, the most beautiful of the circular nebulae, the Rosette Nebula itself.

In the main title of the scientific programme Delta

Due to its characteristic shape, the Rosette Nebula aroused interest not only in today’s astrophotographers, but its appearance on the early astronomical recordings also caught the attention of the magazine and program editors. It has appeared in magazines and publications several times and has even been included in the main title of the Hungarian scientific program Delta. The circular nebula appears at 45 seconds.

About the process of capturing the Picture of the Month

The jury chose Péter Feltóti's excellent photo of the Rosette Nebula as the picture of the month of March. Its overall impression is fascinating and the details of the image can be studied lengthy.


The Rosette Nebula has been my favourite object for a long time. I’ve already taken a traditional photo with my DSLR camera of it, that’s why I was curious, what can I achieve with a CCD camera and narrowband filters. I didn’t have an exact plan, I only knew, I didn’t want to take another ‘traditional’ Rosette photo. The seeing wasn’t unfortunately particularly good, rather worse than average, so the final image was less detailed than expected, but the proper integration time allowed me to experiment with the lights and the dynamics of the image. I couldn't reduce the stars without compromise either, but in the end I managed to achieve the visual effect that, I can say, is different than before, but is still authentic to the human eye.

A total of 16 hours of exposure time with OIII and H-alpha narrowband filters was required to take the picture of the month from Halásztelek and Törökkoppány. 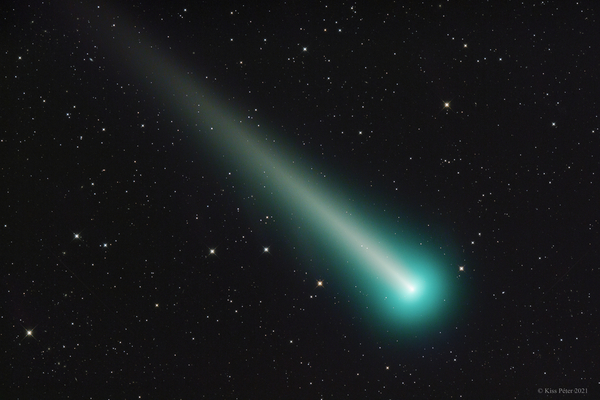 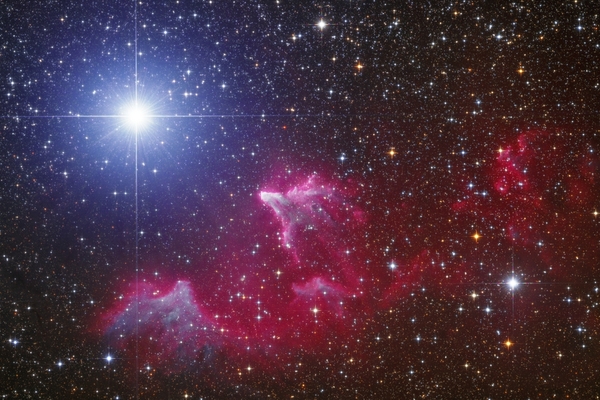 Gamma Cas and its friends 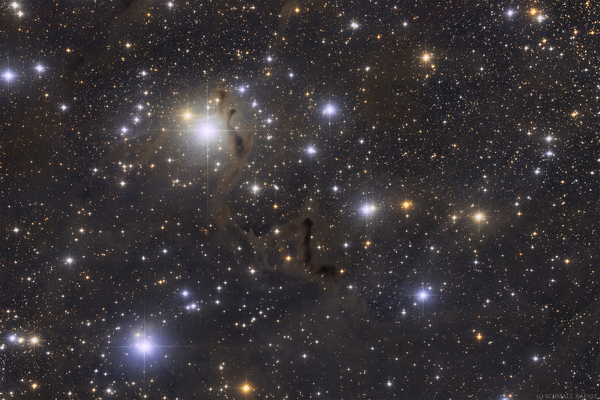 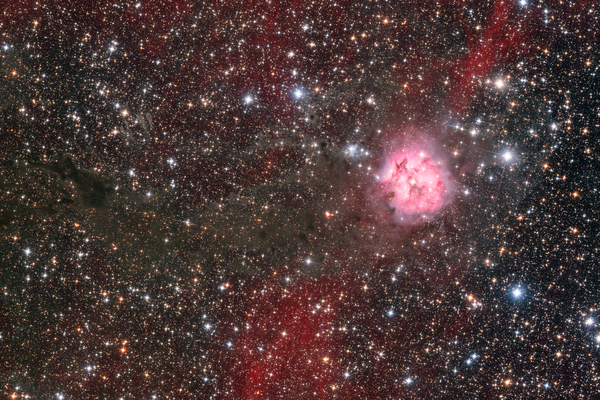