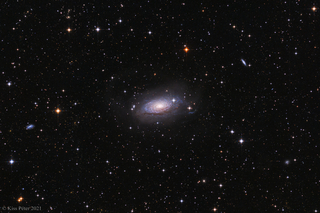 The black of space lies behind a galaxy of 400 billion stars on this wonderful capture of Péter Kiss. Messier 63 is nicknamed “The Sunflower Galaxy'', because its spiral pattern resembles a ripe sunflower. Scientifically speaking, we can say that these so-called “flocculent” galaxies don’t have pronounced spiral arms, only some spiral ripples on the disc. About a third of spiral galaxies make up this type.

How deep is the rabbit hole?

On this image in front of the M63 galaxy (especially near its sides) we can see foreground stars, which are located in our galaxy, The Milky Way. They are really close to us, dozens, hundreds or thousands of light-years away. However in between the stars, in reality behind them and M63, are a lot of little oval, orange-colored spots. The Sunflower Galaxy itself is about 30 million light-years away from us, so 15 times further than the well-known Andromeda Galaxy. Those orange smudges are also galaxies themselves, only amazingly far away. Astonishing, but if we look at them closely, we can see there are more of them than stars. We marked a couple of them on the image: 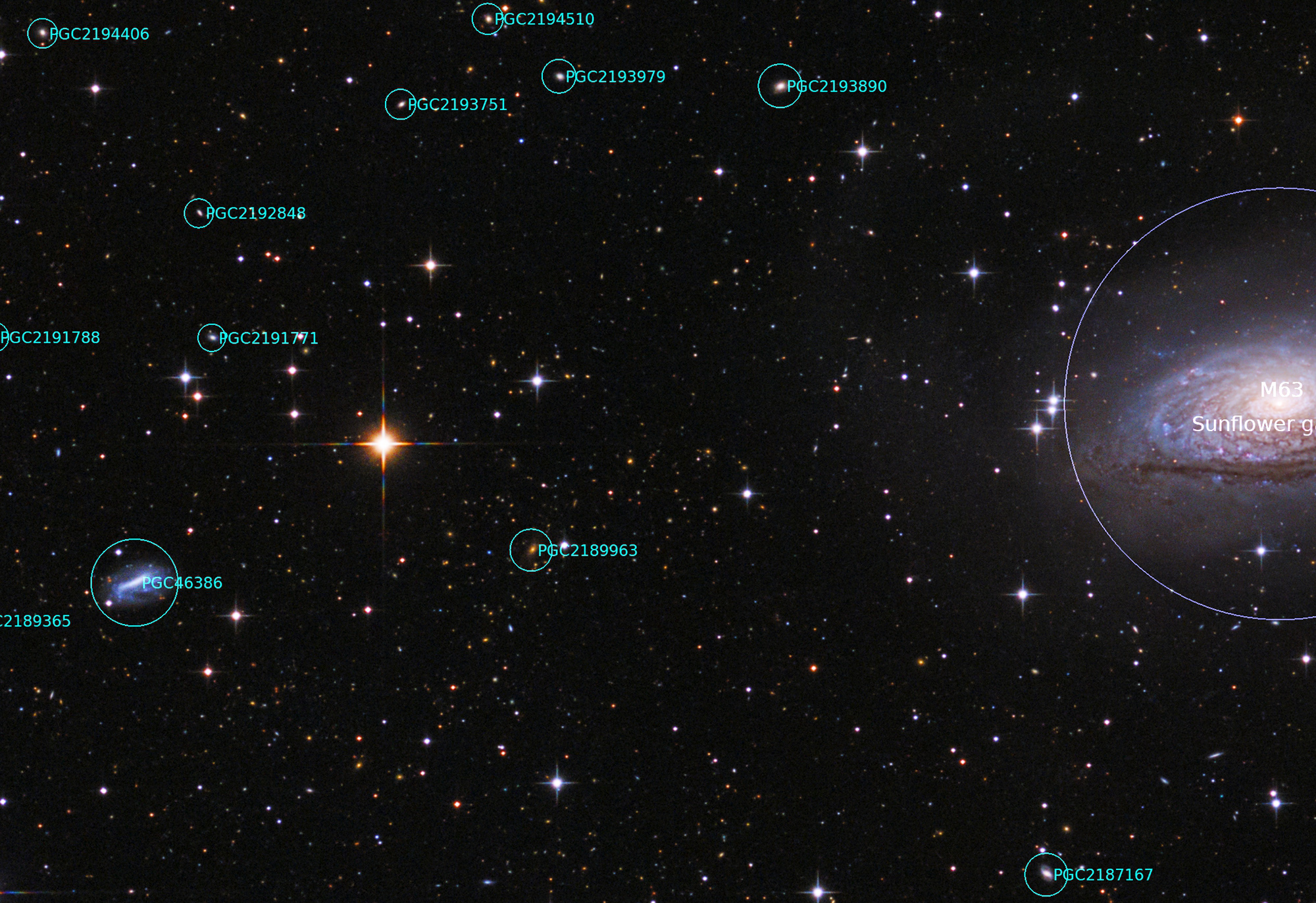 On the cutout M63 is to the right, while the blue smudge on the left is a relatively “close” spiral galaxy, 58 million light-years away. In between the two, in the middle of the pile of orange spots, the galaxy called PGC2189963 however is visible from an amazing 2,7 billion light-years. As you can clearly see, it isn’t even the most distant galaxy in this image...

What technique after all?

What’s needed for an (amateur)astrophotographer to see this deep? Most importantly patience, extraordinarily precise processing, and clear, dark skies. The equipment namely is 8” mirror, so mid-sized newtonian telescope fitted with a mid-tier DSLR camera (with a little modification). The amount of work put in however is huge, the image was captured throughout multiple years and it has overall more than 20 hours of added exposure time. It’s no coincidence the processing caused some excitement as well:

An image that took two springs to capture and a year to process. Okay, while it did not take me an entire year to process, I never managed to make myself pleased with the result. This was my first image, where the core of the galaxy is a lot brighter than the background, and I couldn’t make both look nice. But what are friends good for? It was Péter Feltóti who got me up from the downs, telling me how he solves this problem and in the end with some playing around I managed to figure out my own  method. Thanks again! Messier 63 for me is one of the prettiest galaxies, although it doesn’t stick out of the field of view in this arrangement, but there is enough to look at in the background. 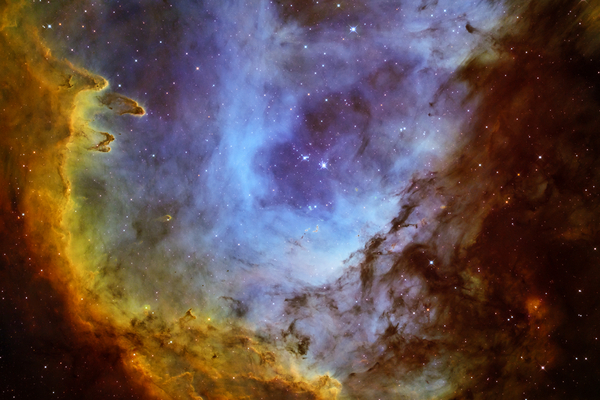 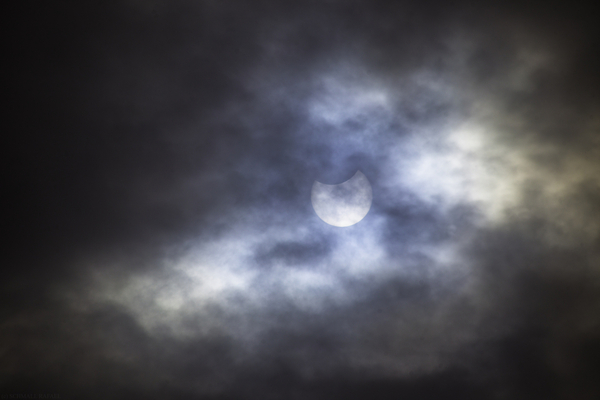 The Rosette Nebula in narrowband